Top Advances on Dermatologic Ultrasound: Results of the Development of High and Ultrahigh Frequency Ultrasound 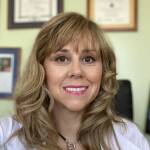 Dr. Ximena Wortsman is a radiologist fully dedicated to the development of applications and research in dermatologic ultrasound. She founded the dermatologic ultrasound community at the American Institute of Ultrasound in Medicine (AIUM) and has received from AIUM the category of a fellow member that recognizes individuals who have substantially contributed in a most distinguished fashion to the field of ultrasound. She has more than 185 publications, including two books edited by Springer, “Dermatologic Ultrasound with Clinical and Histologic Correlations” and “Atlas of Dermatologic Ultrasound.” She is the medical director of the Institute for Diagnostic Imaging and Research of the Skin and Soft Tissues in Santiago, Chile.
Dr. Wortsman is an adjunct professor in Dermatology Departments at the Universidad de Chile and Pontificia Universidad Católica de Chile in Santiago, Chile. Her research comprises the ultrasonographic characterization of a wide field of dermatologic conditions and the creation of scorings for several dermatologic entities.

This lecture aims to show the technological advances of ultrasound in high and ultra-high frequency that have allowed the support of the clinical diagnosis, monitoring, and treatment of common dermatologic conditions in daily practice.

The presentation is well supported by clinical, ultrasonographical, and histological images that provide the reader a better understanding of these applications. The current needs to develop more technological applications in this field are discussed.

Imaging and Full-waveform, From First Principles to Full Implementation 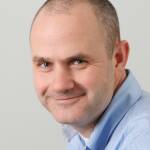 Koen W.A. van Dongen received his M.Sc. degree in experimental physics from the Faculty of Physics and Astronomy at Utrecht University, The Netherlands, in 1997. From 1998 to 2002, he worked as a scientist on the design of a directional borehole radar system for T&A Survey in Amsterdam. In 2001, the system won the Wall Street Journal Innovation Award and in 2002, his research resulted in a Ph.D. degree in technical sciences from Delft University of Technology, The Netherlands. During 2002 and 2003, he worked as a postdoc in the Laboratory of Electromagnetic Research, Faculty of Information Technology and Systems, at the same university. His project concerned the imaging of buried objects using electromagnetic wave fields. From 2003 to 2005, he used his Marie-Curie Intra-European fellowship to work on non-invasive thermometry during hyperthermic cancer therapy using ultrasound in the Ultrasonic Research Group at University College Cork, Ireland. In 2006, he returned to Delft to continue his research on acoustic imaging and full-waveform inversion in the Department of Imaging Physics in the Faculty of Applied Sciences. His major research interest are modelling, imaging and full-waveform inversion for medical, non-destructive testing and seismic applications. 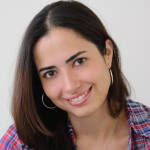 Ana B. Ramirez received the B.E.E degree from the Universidad Industrial de Santander (UIS), Colombia; and the PhD degree in Electrical Engineering from University of Delaware, USA. She is currently Full Professor of the Electrical, Electronics and Communications Engineering department at Universidad Industrial de Santander, in Colombia. Her fields of interest include acoustic signal processing applied to medical and geophysical data. Her active fields of research are full waveform inversion of medical and geophysical data, and compressive sensing and sparse signal processing. She has published more than 20 papers in the areas of interest. Also, she has led several research projects funded by UIS, Colciencias, Ecopetrol and the US Research Army Lab.

Acoustics are frequently used as a non-invasive imaging technique, mainly because the employed wave field is harmless and the required instrumentation is relatively cheap as compared to other imaging modalities. Reconstructions from the object of interest are obtained using a wide variety of imaging methods. The simplest one is in literature referred to as Synthetic Aperture Focussing Technique (SAFT). With this method, the boundaries of the objects / artefacts are reconstructed by constructive and destructive interference of the recorded wave-fields that are back-projected into the domain of interest. Although this method yields sharp images for wide-band signals it comes with limitations. SAFT only construct reflectivity images that do not reveal any quantitative information about the actual medium properties. In addition, the resulting images tend to degrade when the data exhibits many multiples or (large) phase shifts caused by significant speed of sound variations in the media. To overcome aforementioned limitations, a variety of reconstruction methods have been introduced with increasing complexity. Among the most complex ones are full-waveform inversion. These methods use the acoustic wave equation to reconstruct the unknown medium properties from the wave field measured at the boundary of the domain of interest. During our presentation, we will explain the fundamentals of full-waveform inversion. In addition, we show several techniques that can be used to regularize the inverse problem. These methods have been developed in close collaboration between the universities in Netherlands and Colombia. 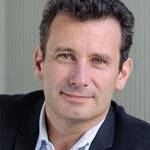 Mickael Tanter is a research professor of the French National Institute for Health and Medical Research (Inserm), elected member of the european Academy of Science, distinguished professor of ESPCI Paris and AXA Chair Professor. He is heading the laboratory Inserm “Physics for Medicine Paris” (Inserm, CNRS, ESPCI Paris), Paris, France. He is also the director of the first Inserm Technology Research Accelerator created in 2016 and dedicated to Biomedical Ultrasound. Mickael Tanter is an expert in biomedical ultrasound and wave physics. He authored more than 300 peer-reviewed papers and book chapters and is the recipient of 50 international patents. In the last 20 years, he co-invented several major innovations in Biomedical Ultrasound: Transient Elastography, Ultrafast Ultrasound and Shear Wave Elastography, functional Ultrasound (fUS) imaging of brain activity and Superresolution Ultrasound based on Ultrasound Localization Microscopy. He received many national and international distinctions (among them the Honored Lecture of the Radiology Society of North America in 2012, the Grand Prize of Medicine and Medical Research of Paris city in 2011, the Grand Prize of Fondation de la Recherche Médicale in 2016 and the Carl Hellmuth Hertz Prize of IEEE Ultrasonics, Ferroelectrics and Frequency Control society in 2017, and the highest distinction of the European Society in Molecular Imaging ESMI in 2018). M. Tanter is also the co-founder of several MedTech companies in Biomedical Ultrasound (Supersonic Imagine, CardiaWave, Iconeus). 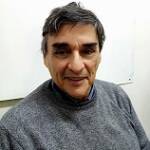 He obtained his undergraduate studies at the Université Scientifique et Medicale Grenoble I and the Diplome d'Etudes Approfondies in Physical Acoustics at the Université Pierre et Marie Curie -Paris VI.
In 1984 he completed his PhD in Physical Acoustics at the Université Scientifique Louis Pasteur Strasbourg I under the direction of Dr. Mathias Fink.
He founded the Laboratory of Ultrasonic Acoustics, of which he is currently the director, at the Institute of Physics of the Faculty of Sciences of the University of the Republic -Uruguay. His scientific interests are the study of the propagation of acoustic and elastic waves in complex media, being interested in different applications in clinical medicine and therapy, study of heterogeneous materials, vascular dynamics for neurosciences, quality control in the food industry, underwater acoustics among others.
He has directed numerous Master and PhD theses in Physics and Biological Physics at the Faculty of Sciences, University of Buenos Aires among others. He has headed numerous national, regional and international scientific projects with institutions in Argentina, Mexico, Spain, France, Brazil.
He has published more than 85 articles in international peer-reviewed journals, numerous publications in international conference proceedings and book chapters. He is a member of the National System of Researchers of Uruguay (SNI) with the highest level, is a member of the Project for the Development of Basic Sciences (PEDECIBA) with the highest degree and Full Professor of the Institute of Physics of the Faculty of Sciences.
He is a member of numerous scientific societies, Sociedad Uruguaya de Física, IEEE Ultrasonics Society and IEEE Engineering in Medicine and Biology Society , Acoustical Society of America, Brazilian Physics Society, Asociación Argentina de Física, Physics Association, American Physical Society.

For more than two decades, the Ultrasonic Acoustics Laboratory (LAU-FCIEN-Uruguay), the Langevin Institute (CNRS/ ESPCI PSL Paris France) and the Institute of Physics for Medicine (Inserm/CNRS/ESPCI PSL Paris France) have been collaborating on multiple research projects in biomedical ultrasound ranging from shear wave elastography to ultrafast imaging and neuroscience. In this talk, a brief summary is given of the LAU’s scientific activities. One of the most recent topics of collaboration between Physics for Medicine and the LAU is also described, namely the study of vascular dynamics in mouse brains in order to analyze neurodegenerative diseases. Finally, recent developments of Physics for Medicine team in Ultrafast Ultrasound, neurofunctional Ultrasound and Ultrasound Localization Microscopy imaging methods will also be described.

© Copyright 2021 IEEE – All rights reserved. Use of this website signifies your agreement to the IEEE Terms and Conditions.

A not-for-profit organization, IEEE is the world’s largest technical professional organization dedicated to advancing technology for the benefit of humanity.

This site is created, maintained, and managed by Conference Catalysts, LLC. Please feel free to contact us for any assistance.